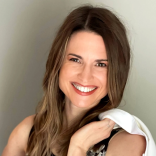 Last year you released the album The Notes Are Swallows on Cobra Records. How did this project come about, and what can you tell us about it?

I love to talk about that because it’s a very personal project. I have been thinking about it for years. It started with this Dutch composer, Bernard van den Sigtenhorst Meyer — he wrote beautiful compositions for oboe solo. It was around the first half of the 20th century, and he wrote these compositions mainly for the most famous Dutch oboist at that time, before and right after the Second World War: Jaap Stotijn. This man was the one who sort of founded the Dutch oboe style, which is now disappearing; people say that I’m one of the last Dutch oboe style players.

I feel attached to that music, and those pieces are gorgeous, very meditative, and atmospheric. They are called “rustic miniatures.” With this music, the composer depicts landscapes in music. I had this desire to record all of the pieces for a long time. I thought that I was just the person who should do that. The works are forgotten and hardly played. Together, it’s about thirty-five minutes of music, so for a CD, it’s not enough. I kept thinking about what I wanted to do with this project and combining it with something else. I also asked myself, is just a CD of solo oboe music interesting enough?

At the same time, I was also taking up my piano playing again. In the library, I found forgotten short pieces by the same composer for piano. These pieces also had titles that match the oboe pieces because they are also about landscapes, animals, or flowers. I thought, “Wow, this is a sign.” I started playing concerts in which I tried this out; I would play a bit of oboe and then some piano, and the theme would be Dutch nature and landscapes. I also combined this with my background in Dutch literature.

I found this poet from around the same time as the composer who wrote these beautiful poems about Dutch landscapes and flowers. It became more and more my project, and everything seemed to fall into its place. The CD, released last year, contains these oboe solo pieces alternated with small piano pieces. In the booklet, there will be these beautiful poems by the Dutch poet.

I became acquainted with someone translating the poems into English, and he permitted me to print the translations in the booklets. It’s my mission to send these representations of Dutch music and poetry into the world. It’s something very special and personal for me. It’s just my way of being an ambassador for this specific period in Dutch culture.

I had about fifty minutes of music for the CD, so I decided to add some pieces by a Dutch composer from around that time. The works also depict animals and landscapes. Alexander Voormolen. He composed a piece for oboe and piano called Pastorale that also matches the other works. We tried out how it would be if I played the piece for oboe and piano with myself for fun. We had a lot of fun because I recorded the piano part first and then I had to play with myself. I think the result is surprising. It’s just a small piece, and it’s just for fun at the end of the CD — it’s not because I like to play with myself — it’s nice to play with another pianist! So this, compared to the other CDs I’ve made, is something different, personal, and specific. According to the fantastic reviews the CD has received, I guess it worked out perfectly. 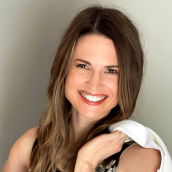 Pauline Oostenrijk: “Allow Yourself to Play On Reeds That Are Easy and Not Too Heavy”